I recently blogged about how war photographs are used as a way of efficient storytelling in a Portuguese film (http://www.niamhthornton.net/death-on-film-how-far-can-you-go/). In response to that I had some interesting discussions on Twitter and a decision with Fiona Noble to write blog posts on our shared interest in screen violence. In the process of writing we have read drafts of each others blogs and, therefore, this post is written in dialogue with her post.

Surprisingly, despite the prevalence of violence on screen there is relatively little written about it in academia and popular discourse tends to engage with violence on screen in relation to its explicitness or appropriateness for particular audiences. It is impossible to speculate on why there’s such an absence. As a consequence, it is a difficult topic to approach.

Recently, at a departmental presentation on my research I mapped out some of the theories and methods I have found that have helped me write about film violence and, more recently, the challenges I have encountered when reflecting on the topic of the representation of rape on screen. I share the link here: http://prezi.com/ye6vp7kxewvx/?utm_campaign=share&utm_medium=copy&rc=ex0share. This gives a sense of what is available and the multidisciplinary borrowings that I have made in order to approach the topic, specifically in relation to Mexican film. It also points to a strange and curious aspect of writing about screen violence, it is often viscerally present and demands attention, yet is often overlooked in favour of other elements of the film’s aesthetic, technical and narrative concerns. For that reason I called my talk “The Ineffability of Violence”.

This semester I am completing two pieces of long form writing, one a chapter and the other an article. The first is on Pacific Rim (Guillermo del Toro, 2013), the second on two films set in Juárez, northern Mexico, The Virgin of Juarez (Kevin James Dobson, 2006) and Bordertown (Gregory Nava, 2006). All are violent films, but in very different ways. 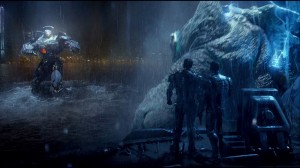 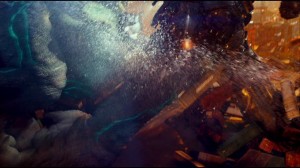 Pacific Rim is a summer blockbuster intended for a family audience and the violence is as spectacle, mostly played out between large dinosaur beasts called Kaiju and equally large robots operated by people, called Jaeger. There are some deaths, human and Kaiju. The Kaiju deaths are successes and the human deaths are not dwelt upon as spectacle, they are part of the collateral damage and sacrifice necessary to protect the earth, although there is often a sense of loss. The dead disappear into the depths of the ocean or amidst the wreckage of the machine or city. We do not see much blood except on some of the wounded. This is violence used create a sense of drama and peril, and, most importantly to thrill and entertain.

In both The Virgin of Juarez and Bordertown death is central to the narrative, as they focus on the stories of two of the thousands of women who have been raped, beaten and left for dead in the border city. As a result, the violence is shown in a way that is intended to shock and appall the viewer, to incite action and a visceral response. We see the victims’ bodies, their resistance to attack, the violence directed at them, and their terrible injuries. There are also other elements in the narrative whose function it is to build on this sense of horror and righteous anger at what is taking place, which I shall write about in my article. But because the violence is there as self-consciously representational and is enacted against women, it has a very particular place in film language and has a very different function to that which can be seen in Pacific Rim. This violence is clearly not intended to entertain. 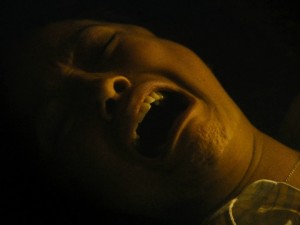 It is for this reason that it is difficult to talk about film violence as if it were something homogenous and coherent as a label, and often why it’s necessary to approach each film from a new place. There is still a need for greater discussion of film violence to help map out the terrain and build up a language in which we can move beyond thinking about it in terms of pure spectacle and only engaging with it at its extremes.

This entry was posted in blog, Mexican film and tagged Bordertown, Pacific Rim, The Virgin of Juarez, US-Mexican Border, Violence. Bookmark the permalink.