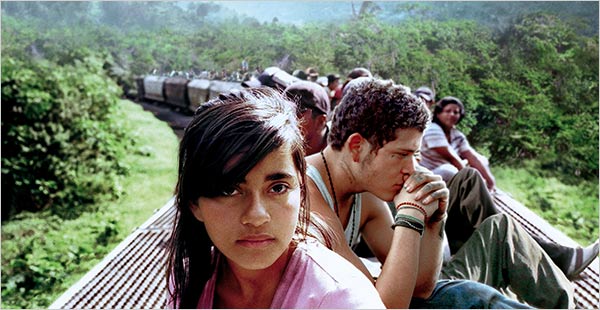 The uproar surrounding the detention of children at the Mexican-US border has brought attention to the migration of Central Americans to the US.

‌The majority are from what is called the Northern Triangle – Honduras, El Salvador, and Guatemala – and are seeking asylum because of increased violence in their home nations. Many of these take a long, dangerous, and harrowing journey through Mexico, which is also tasked to police their transit through agreements with the US.

On arrival, they have the right under international law to request asylum in the US. This issue came to the public attention in the US when, in April 2018 for safety reasons 150-200 Central Americans travelled as a group through Mexico to get to the US border to petition for asylum.

Whilst many of these cases are being muddled with anti-immigration rhetoric by the current US government, there are complex historic and geo-political reasons for this current movement of people across borders.

Many of these reasons go back to US interventionist policies during the Cold War and have been aggravated by the increased militarization of the US-Mexico border since the Clinton presidency.

It’s important for us to look back at the events of the past that have lead up to this point, so that we have the full context when looking at today’s headlines.

To get some further insight into the causes of the movement of so many, here are some recommendations for reading, listening and viewing:

These are only a starting point, given the complexity and historical reach of this issue.

*This blog was cross-posted on the University of Liverpool Modern Languages and Cultures site.