I recently sent off a chapter to the editors of a collection on the Mexican filmmaker Arturo Ripstein. I want to share some brief thoughts on this prolific director and some images from the film I discuss in my chapter, La perdición de los hombres/The Ruination of Men (2000). 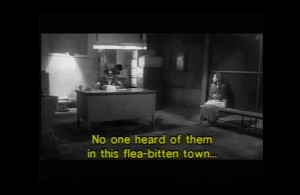 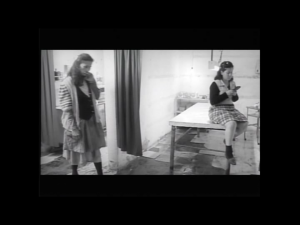 This may have been the case in the 1990s when Ripstein Jr was speaking, but other Latin American directors have superseded him both in the international film festival circuit and in box office takings. However, Ripstein’s legacy of filmmaking can be evinced in interesting ways in recent Mexican films. 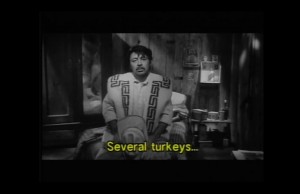 To give but one example, Amat Escalante in Los bastardos (2008) and Heli (2013) uses similar slow observational camera techniques when portraying explosive moments of violence that compel the viewer to endure the action rather than indulge in the spectacle. That is, if you are not tempted to look away altogether because of the brutality of what is being portrayed.
Much of Ripstein’s cinematic output has involved the working through of relationships between marginalised individuals and their need to adopt poses and styles in order to survive. Their strategies, which may not prove successful in the long term and are rarely the cause of their downfall, are ways of showing how the characters 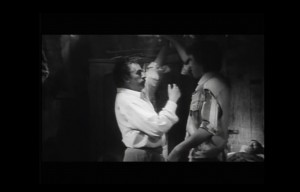 take charge of their lives and demonstrate agency. Deliberately mannered and self-consciously performative style is evidenced in characters as varied as the 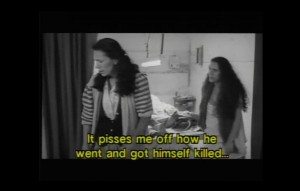 high camp transvestite prostitute La Manuela (Roberto Cobo) in El lugar sin límites/The Place Without Limits (1978), the vain and murderous gigolo Nicolás Estrella (Daniel Giménez Cacho) in Profundo carmesí/Deep Crimson (1996), and the eschatological cult leaders draped in biblical-style clothing in El evangelio de las maravillas/Divine (1998). These are all clearly marked, and Ripstein generally employs a highly determined audio-visual  style in ways that are foregrounded in the narrative, which means that they are excellent points of comparison for my discussion and clear illustrations of the ways in which Ripstein has an ongoing preoccupation with the stretching out of the melodramatic form. 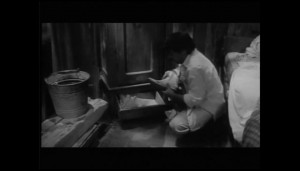 My chapter considers the long take, voice, music, wardrobe and props in La perdición de los hombres/The Ruination of Men (2000) a lesser-studied film. I trace out the patterns that show his conformity to an auteurist signature and generic affective strategies as well as deviations from these. As for further analysis of the images included here, I will have to point you towards to the chapter when it is published. More details will follow in time.