Dictatorships in the Hispanic World 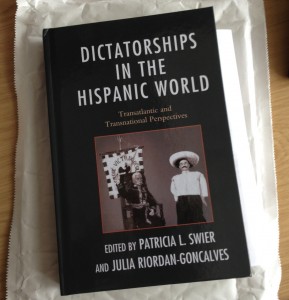 This arrived in the post on Friday. It’s great to see the book in its final form.

Here is the table of contents to give a sense of the range of topics covered. 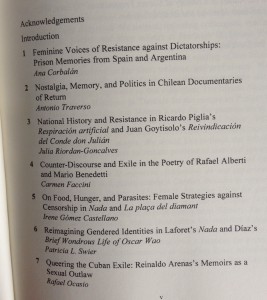 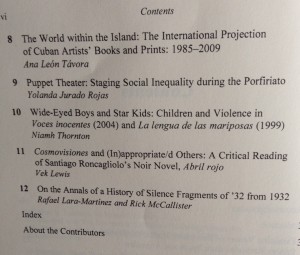 My own chapter considers two films Voces inocentes (Luis Mandoki, 2004) and La lengua de mariposas (José Luis Cuerda, 1999). The first is set in El Salvador (shot in Mexico by a Mexican director) in the early days of the Civil War (1980-1992), the second is shot and set in Spain, more specifically Galicia, in the run up to the Spanish Civil War (1936-39). It considers how children are used to amplify the effects of war on a society and how an idealised (Western) concept of childhood is often evoked through casting, direction, dialogue and narrative and used to draw attention to the horrors of war.

Click here if you want to buy the book.