I have recently completed editing on a chapter entitled, “Re-Framing Mexican Women’s Filmmaking:  the case of Marcela Fernández Violante” that will come out in 2016 in Debbie Martin and Deborah Shaw edited collection of essays, Latin American Filmmakers: Production, Politics, Poetics (I.B. Tauris).

Whilst researching for a monograph (2013) on political violence in Mexican cinema I encountered an anomaly in the critical assessment of 1970s history: Marcela Fernández Violante (1941-). For that project I was interested in what is called the independent period of filmmaking, and why, in the aftermath of the 1968 student protests, filmmakers chose to make films about the Mexican Revolution (1910-1920). Films like Reed, México insurgente (Paul Leduc, 1972) garner considerable critical attention, yet I was the first to write about Fernández Violante’s Cananea (1976). This is despite Fernández Violante’s film being technically skillful, reflecting political concerns, and returning to an originary story of the Revolution related to a key historical figure, like that of Leduc. Unable to find much about her in histories of the 1970s, I searched for analyses of her work in the histories of women filmmakers in Mexico and she is mentioned, but with little attention to her work. This is despite the fact that she is a formidable and noteworthy presence in Mexican cinema and a woman of many firsts. In 1969, she was one of the first graduates from the film school, the Centro Universitario de Estudios Cinematográfico (CUEC). In 1977, she was the first woman admitted into the film director’s union, and was the director of the CUEC from 1984-8. She had a notable start to her career, her first film, Azul (1967), a short about Frida Kahlo, won her an Ariel –a Mexican industry award- while still at film school. She has subsequently made 8 features up to her 2002 film, Acosada: De piel de víbora [Accosted: snakeskin], as well as a 30 minute episode on one of the pioneering Mexican female directors, Matilde Landeta (1910-1999), as part of the television documentary series, Los nuestros [Our Own] (1987). Despite this body of work and her influential position in central roles, I could not help wonder why there is so little critical analysis. Then, I read the interviews. There are a number of them and they are forthright assertions of her career goals, where she feels she belongs, and who and what came between her and greater success. This is not the usual diplomatic language of someone in filmmaking, a field that relies on goodwill, teamwork, and where it is rare to get a full account of what went wrong in a project. 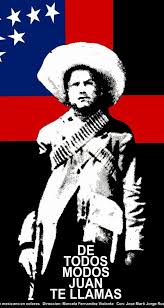 Her direct, sometimes spikey, approach in interviews makes her voice a fascinating source for Mexican film history, and as a woman she is perforce a marginal figure, which makes it an act of recovery in alternative history telling and a challenge to conventional narratives. Therefore, I make extensive reference to what she has to say. My chapter is about recovering the untold by looking at two of her feature films, De todos modos Juan te llamas [General’s Daughter/Whatever You Do It’s No Good] (1975) and Misterio (1980). The first is a personal project that was supported by the university and she was a hired director for the latter. Both of the films analysed here are individually significant because they mark different modes of filmmaking and exemplify the developments both in her career and in the Mexican film industry. My chapter is also about asserting the need to reconsider how Mexican film history is told. Inserting Fernández Violante into the history of Mexican cinema shows that the current models merit revision.

This entry was posted in Mexican film and tagged Marcela Fernández Violante. Bookmark the permalink.